During my recent trip to Himachal Pradesh with a couple of friends, I managed to visit an offbeat area around Jalori pass.  Two days were full of foggy forests, running streams, blooming wild flowers and whistling thrushes singing in background. 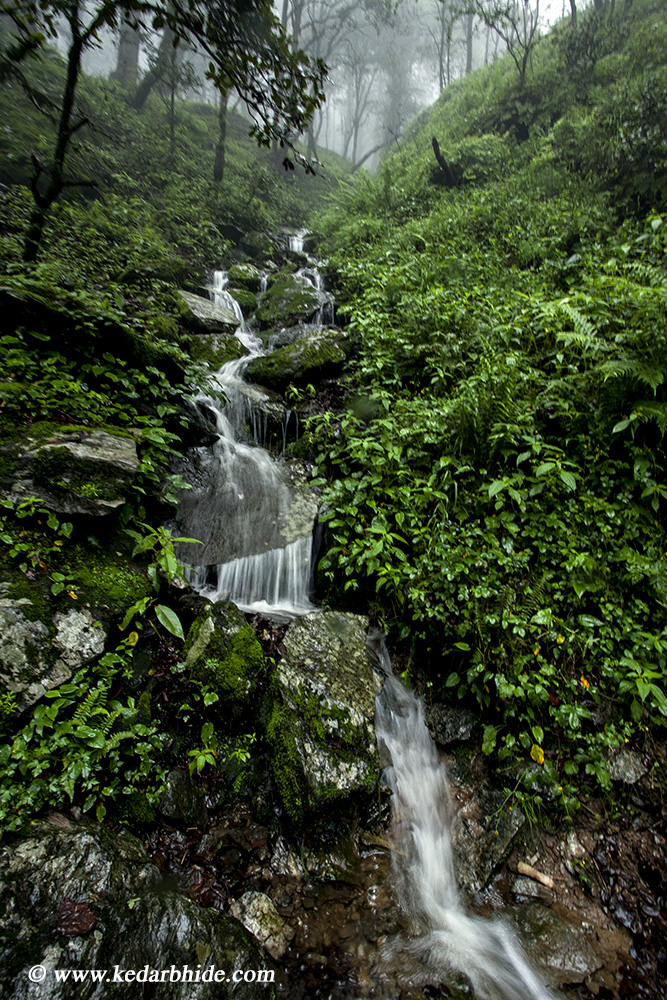 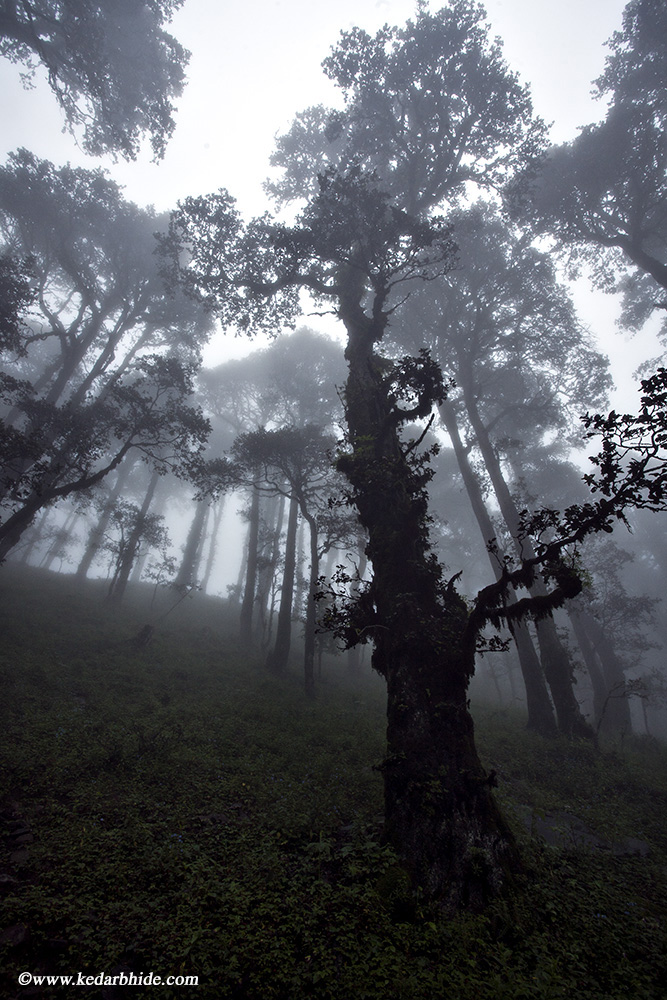 One morning we decided to do a 6-8 km long trail towards Serolsar Lake. I never thought that this trail would present me with ‘a wild strawberry chase’. Everywhere around trail I could see wild strawberries, having seen them for the first time, I was chasing and eating the brightest ones all through the trail! 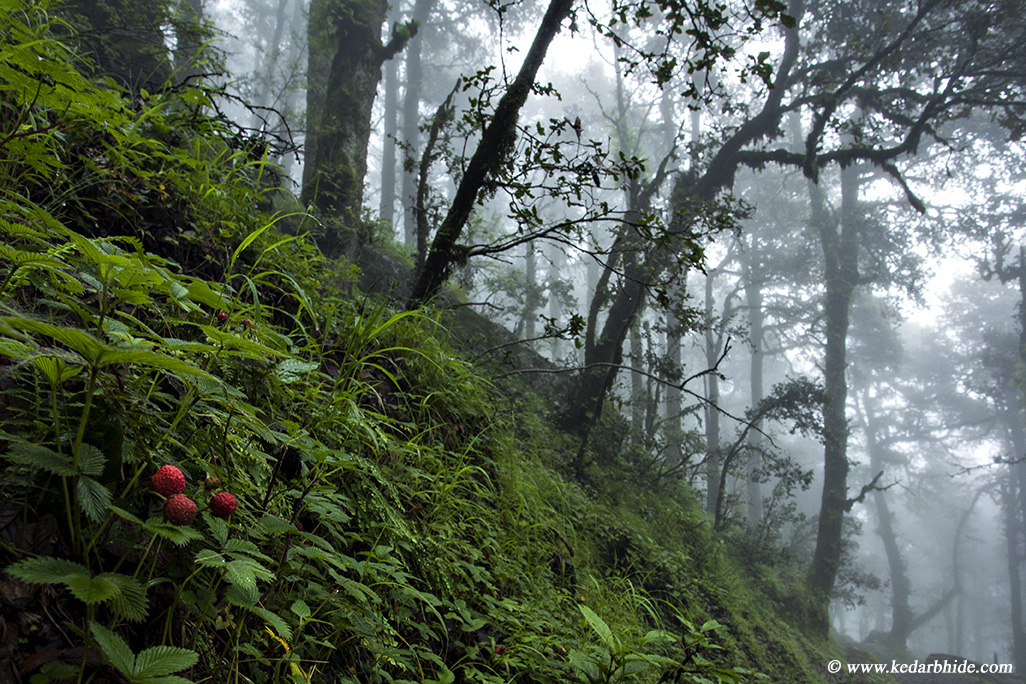 The 2 hours trail took us 4 hours to reach, it was a winding path through Golden Oak forest. Rain and fog never rested, we never stopped admiring and photographing wild flowers and occasionally eating sweet strawberries.  Every corner, every direction, there were Golden Oak trees playing hide and seek with the fog. Ferns with their bright green colours, were seated on paths, trees and slopes, admiring the tiny jewels of flowers around them while forgetting their own beautiful patterns and arrangements. 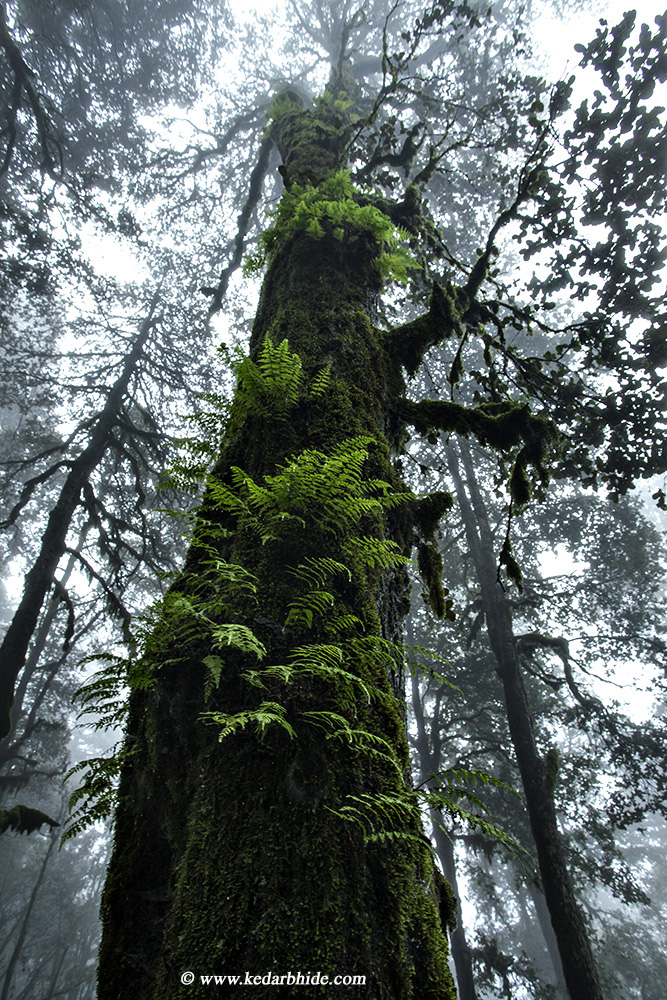 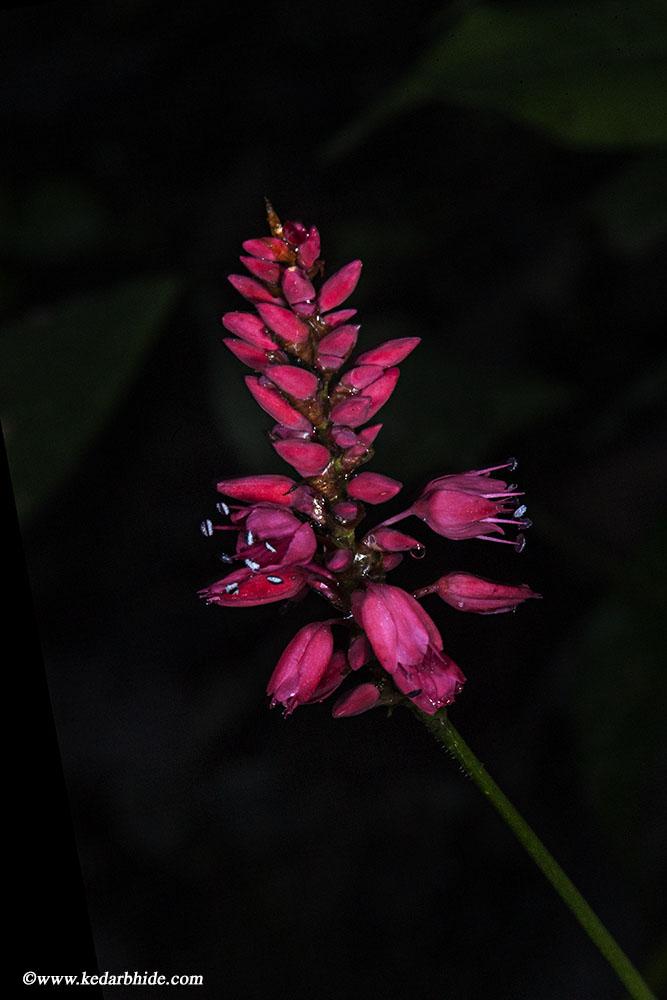 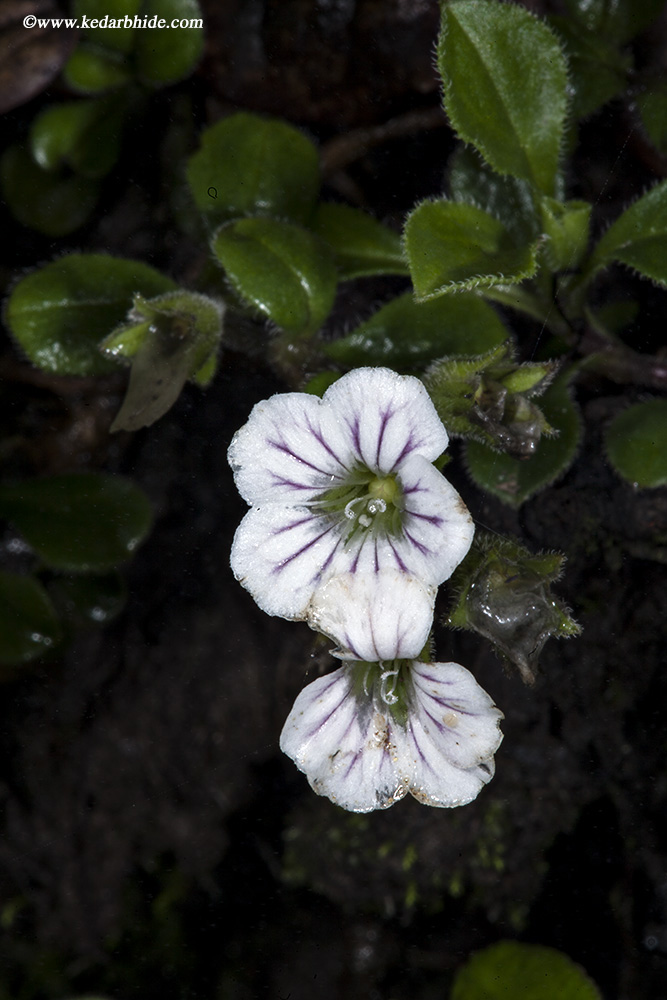 Such moments always take you to a state of trans. You kind of get lost at every bend, every tiny flower becomes the only point of existence, fog and rain drops acts like a canvas and you start painting your own dreams with every step. 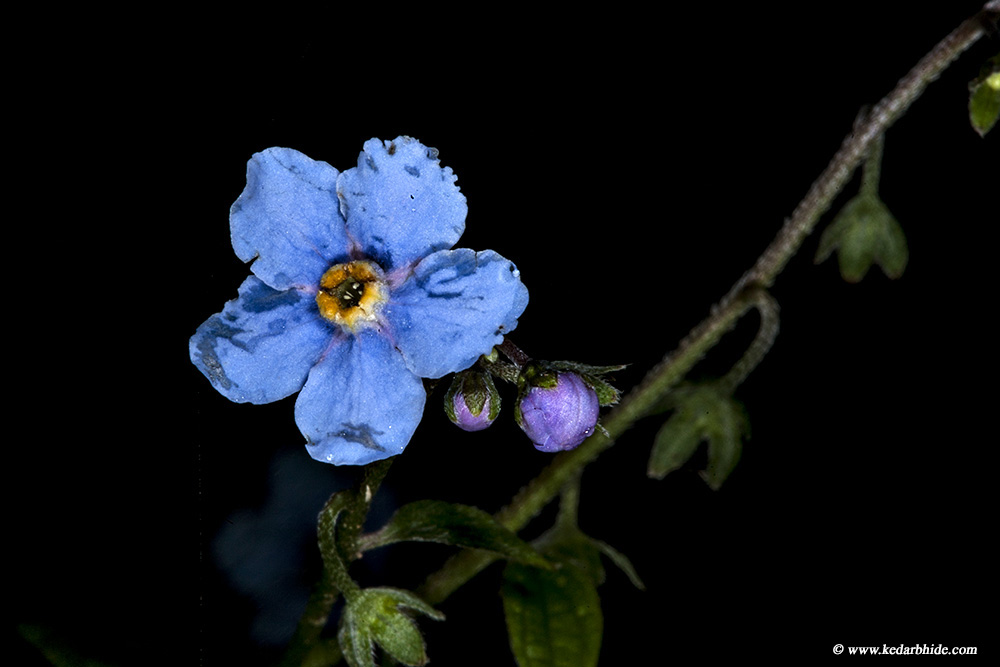 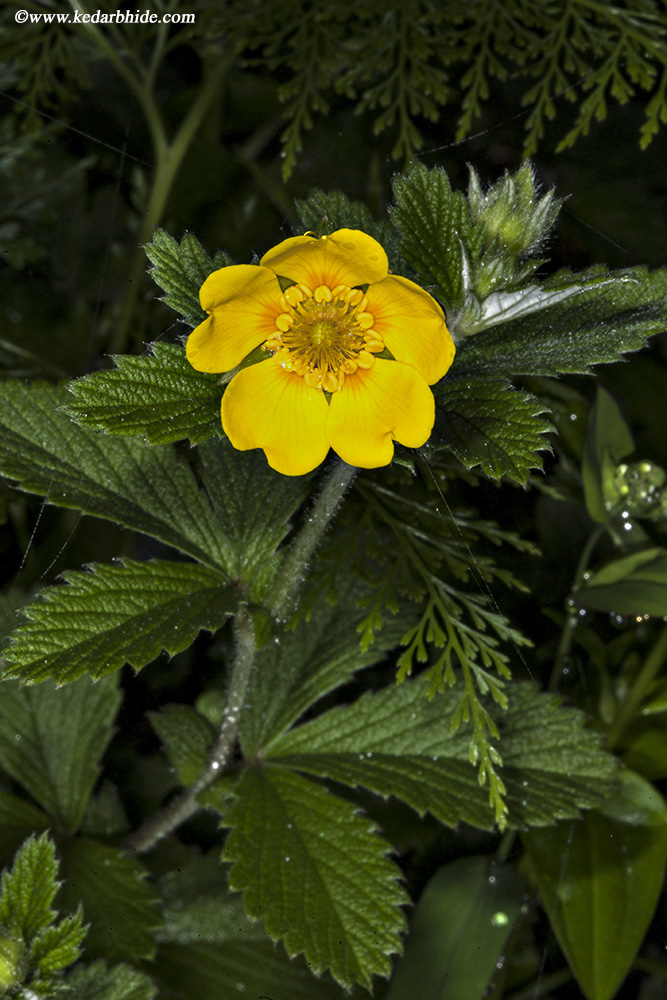 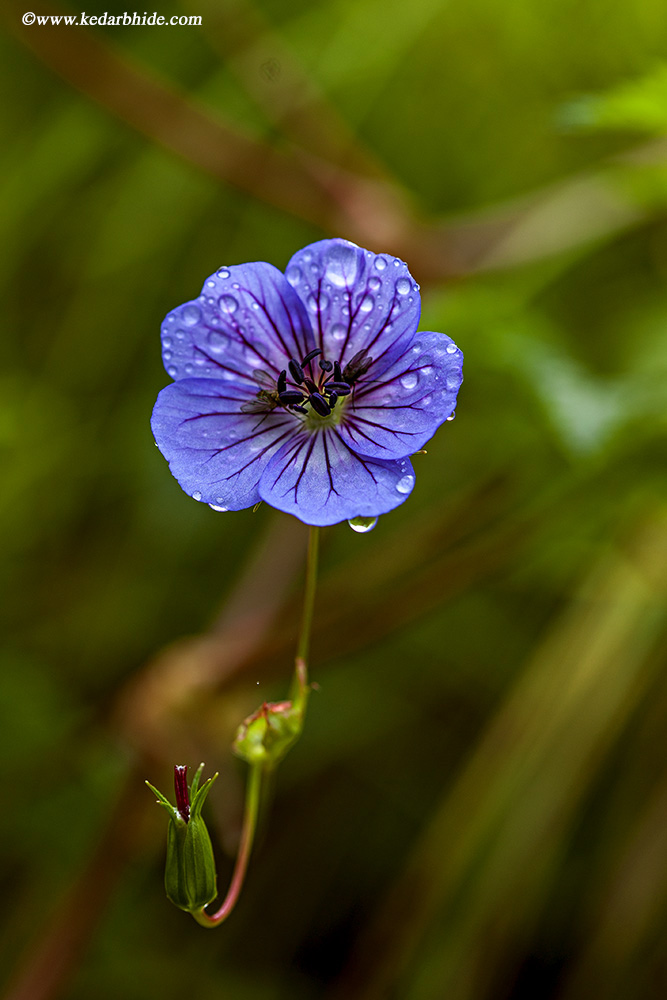 Occasionally this canvas was blurred with moments of sunlight and suddenly I saw hundreds of butterflies coming down from trees, searching for flowers laden with nectar, unknowingly carrying their pollens for pollination. In a flash of an eye, by the time I returned to my canvas of dreams, realities of the butterfly’s work-life got over and they flew back to rest on the pine branches. My attention, which was on the flying butterflies until now, once again returned to the flowers and winding paths, forgetting the wandering journey of butterflies and I went back to my chasing of wild strawberries. 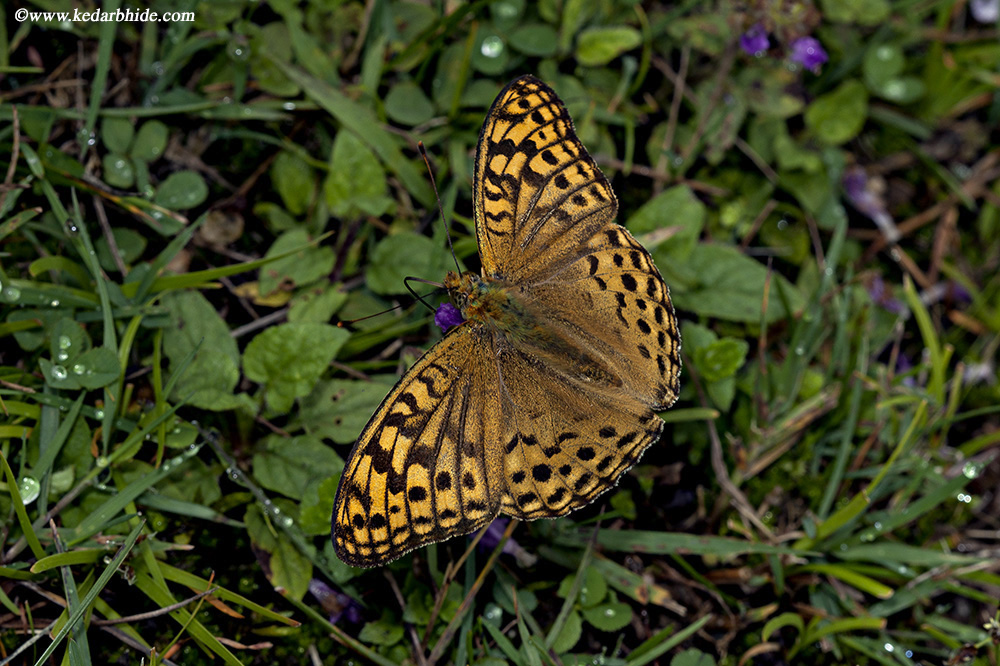 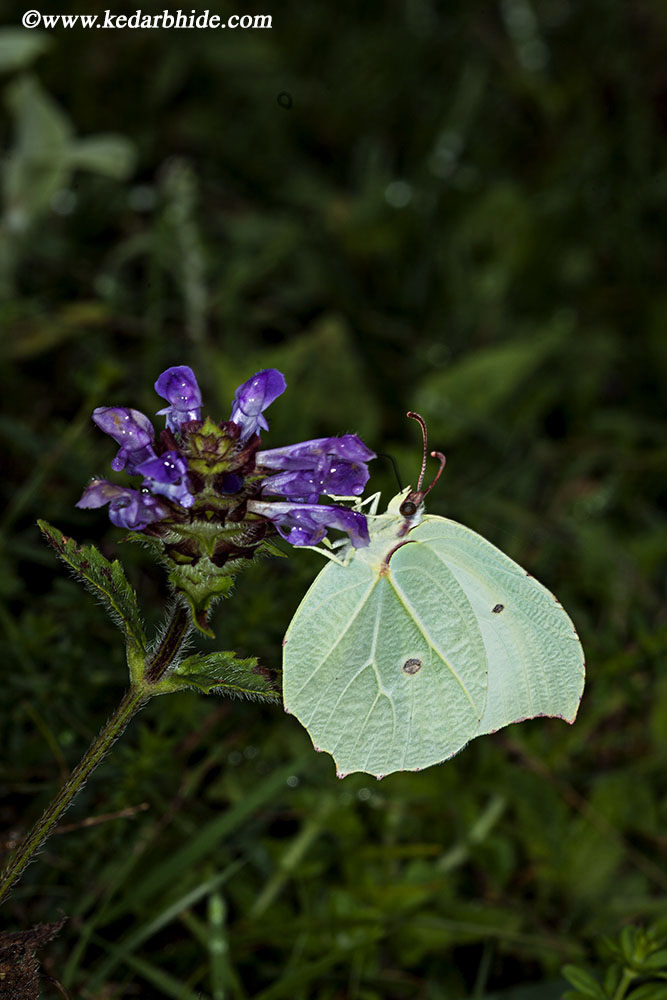 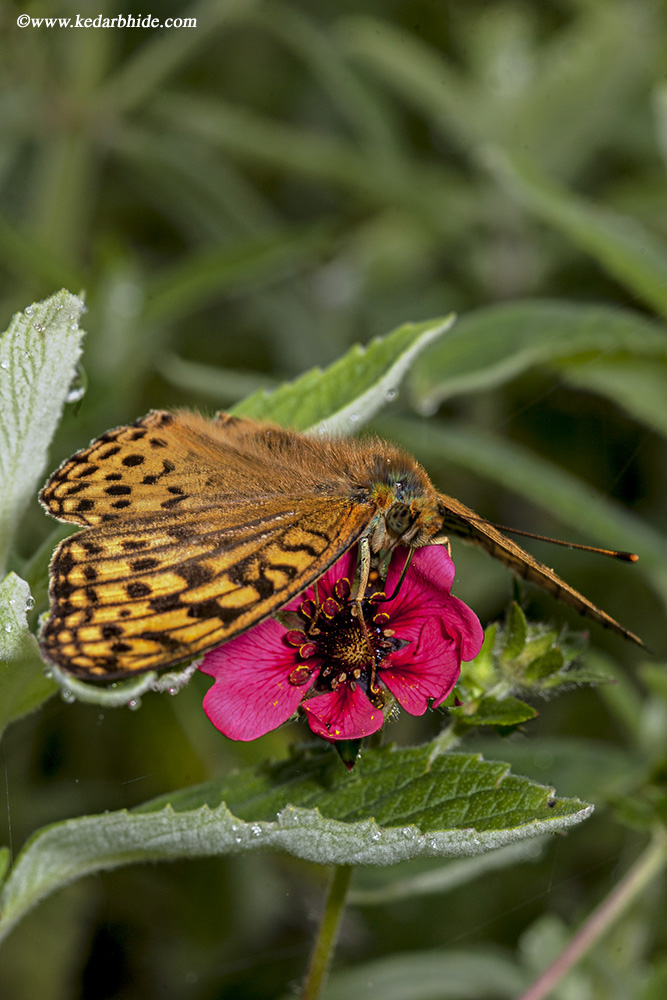 In this world of huge oaks and tiny flowers, there were two other life forms seen everywhere viz. the mushrooms and the Cobra lily. One is bright orange to bloody red to earthy brown coloured, while the other was seen hooding up from thick green growth, as if to seek attention. 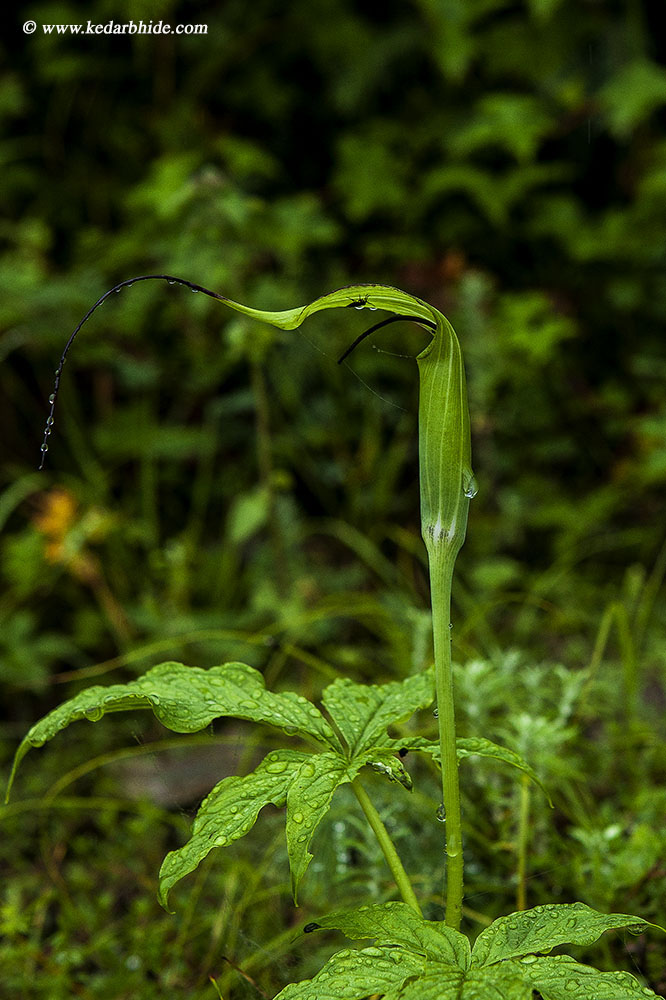 I saw these mushrooms (from the fungi family) on fallen trees, and on wet slopes. The big orange ones are taken as a delicacy by the local communities and hence broken pieces of these mushrooms were seen everywhere. The other ones were seen modeling brilliantly with their bright colors while competing with the wild flowers. Unlike plants, mushrooms can’t synthesize their own food from sun’s energy. They have to develop special methods of living like a symbiotic, saprophytic or parasitic relationship.  When they grow on soil they help trees to extract mineral and water from the soil and in return they get ready nutrients from trees. In saprophytic forms, their role is of decomposition; they feed by digesting the organic matter and at the same time return nutrients to the soil. 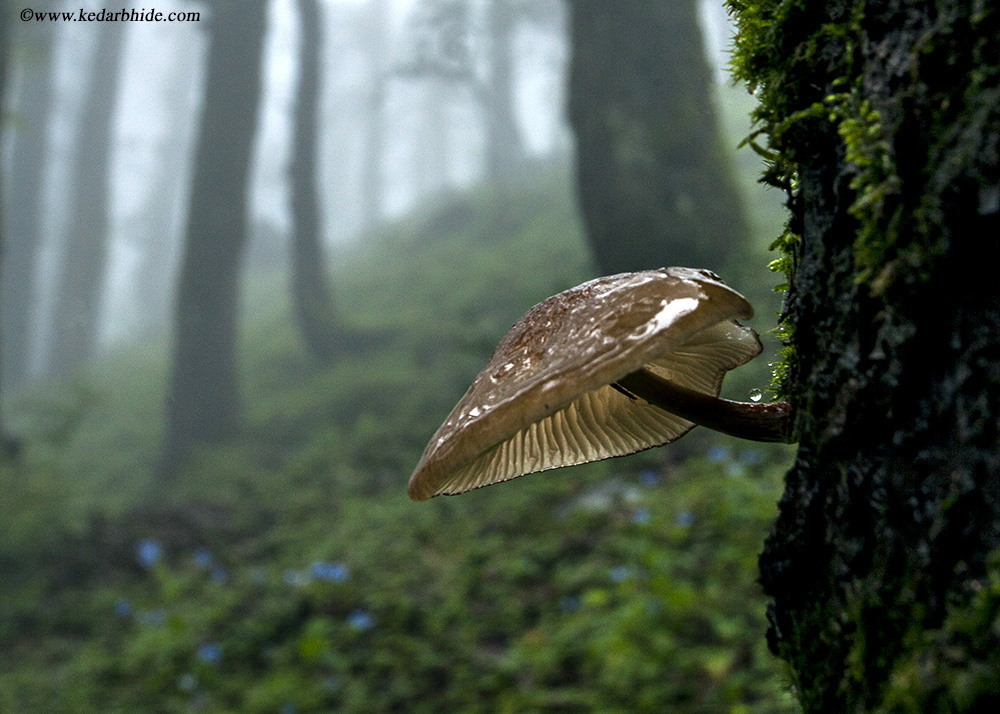 Cobra Lilies are everywhere, they are very interesting plants resembling a hooded cobra, and hence the name. As the leaves unfurl, the pitcher that tops the stem opens to reveal the flower with long whip like tongue extending upwards to 12 inches from mouth of the flower giving its common name of Whipcord Cobra Lily. I don’t know if its case of batesian mimicry or just a adaptation to surroundings. 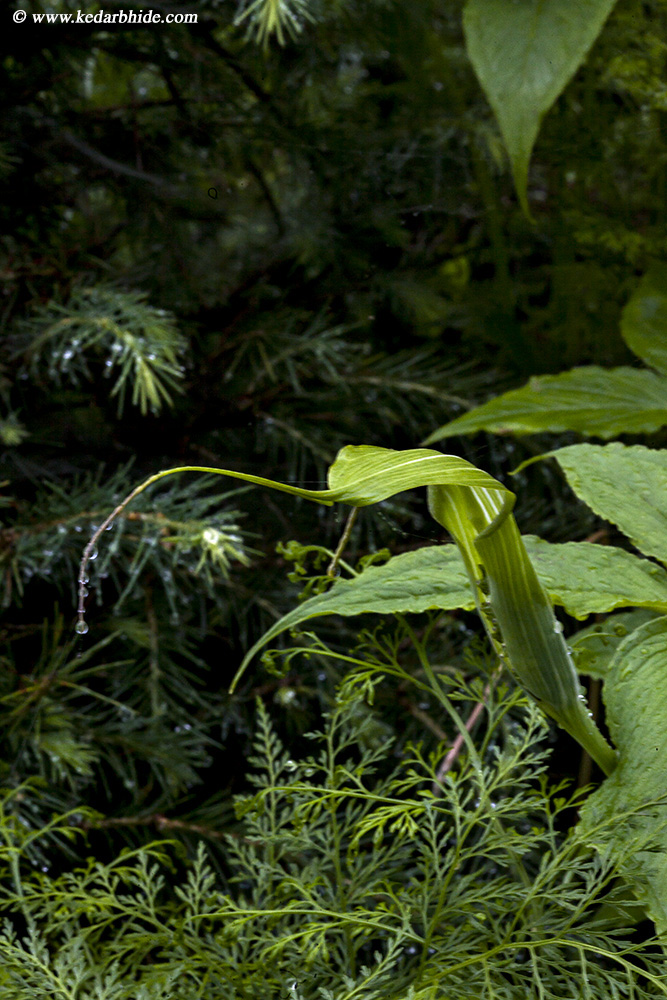 I have been to many amazing landscapes, with many amazing people and have enjoyed each travel and each trek to the fullest. But there were times when I didn’t want to end my walk, didn’t wanted to return to realities, this strawberry trail guarded by Golden Oak trees was one such trail. 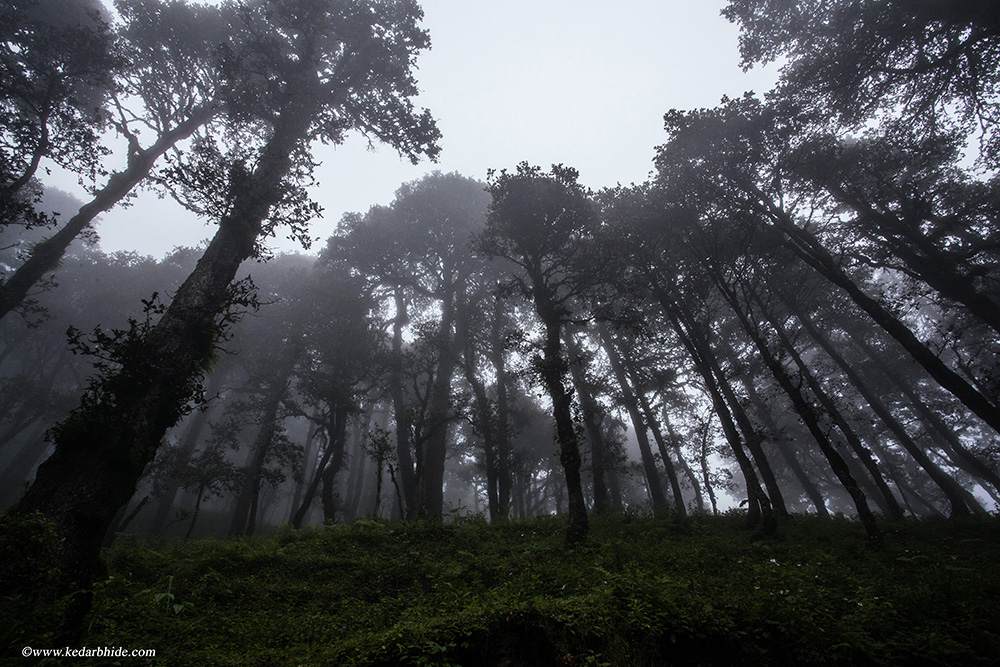