I was in Tadoba Andhari Tiger Reserve, near Chandrapur, all of last week and went on 8 safaris in the park. It was much like an 8-course meal, with amazing encounters — which served as appetisers and dessert — that complemented the cliched main course: a tiger sighting.

The only “flavour” I really missed though, was a leopard. I was really looking forward to that. But the Pandhar pavani tigress more than made up for that by allowing me the opportunity to observe her hunting plan.
When we spotted her during one of the ride, she was hiding under a dry, fallen tree in a large waterhole. As we watched on, she stayed completely motionless for nearly an hour ( God knows how long she had already been so before we even got there! ) 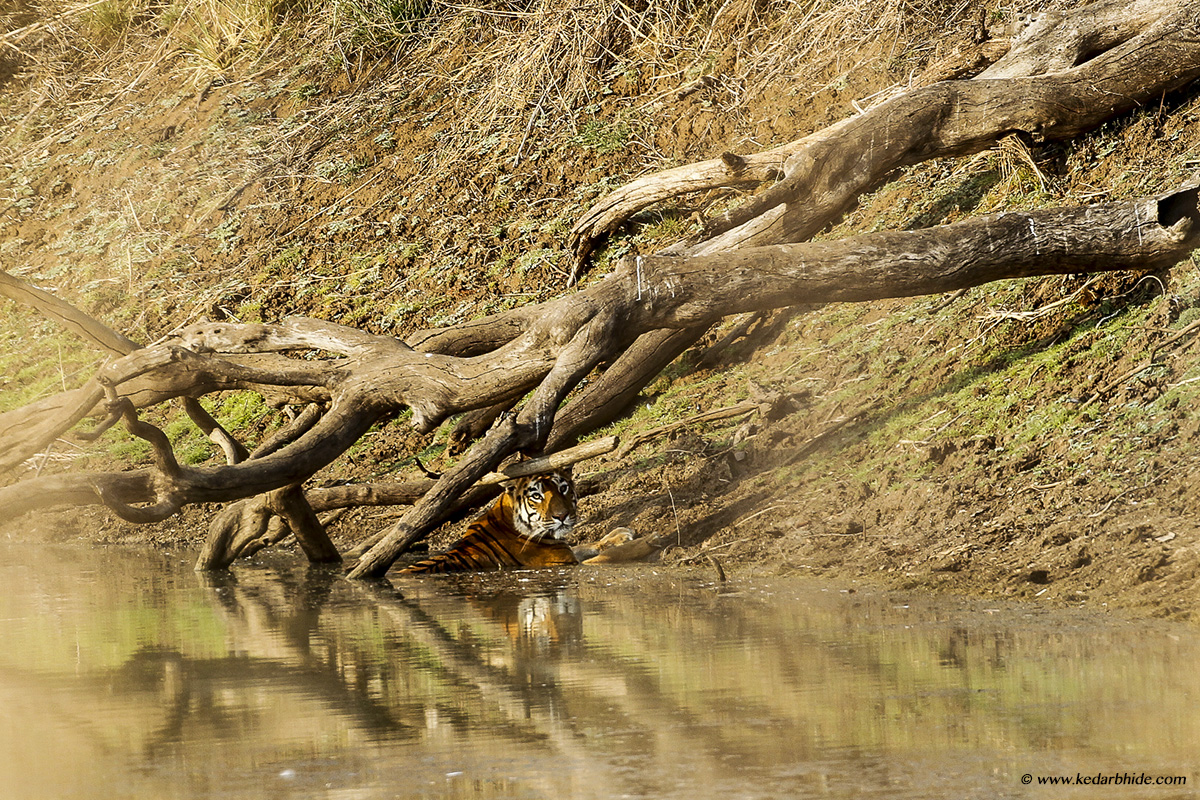 Then, ever so slowly, she moved; backing up from her hiding place and gliding through the water so smoothly, she barely even created a ripple. In her brilliant coat, she could easily have been mistaken for a band ofsunlight reflecting on the waters surface, so smoothly did she glide in the waters. Her target? Chitals on far bank. 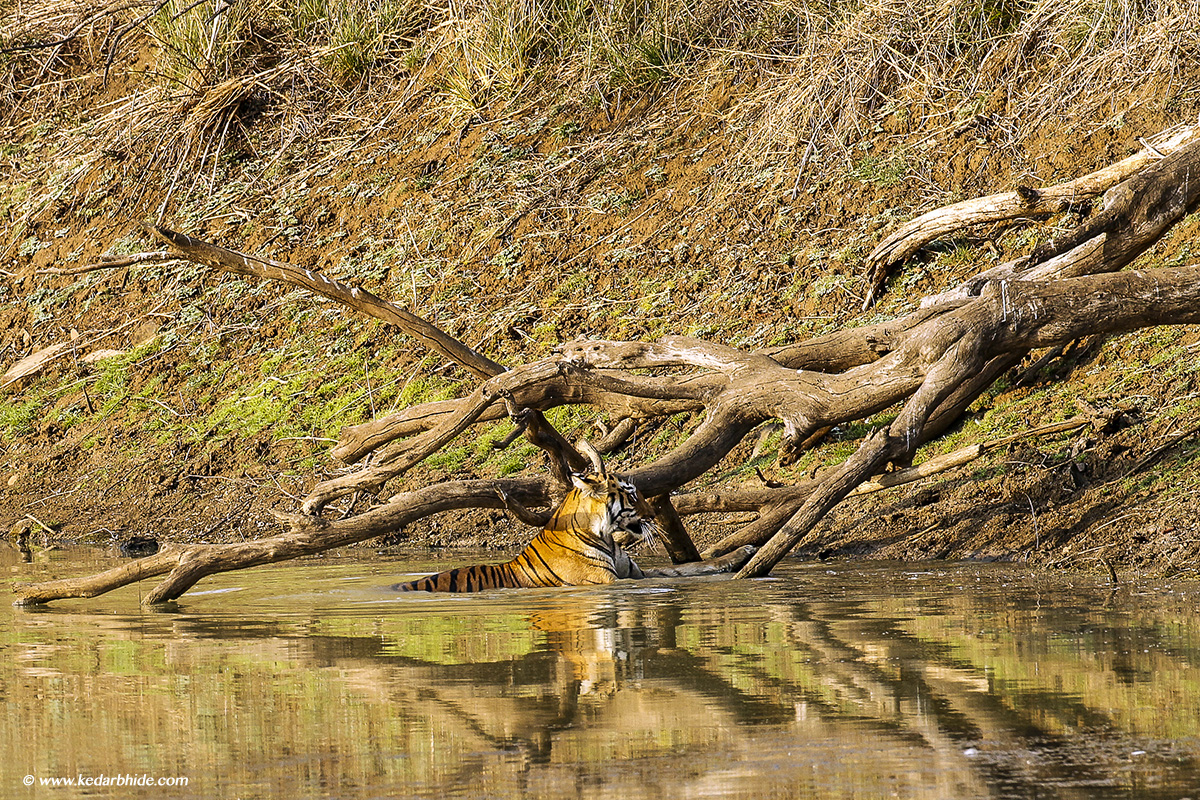 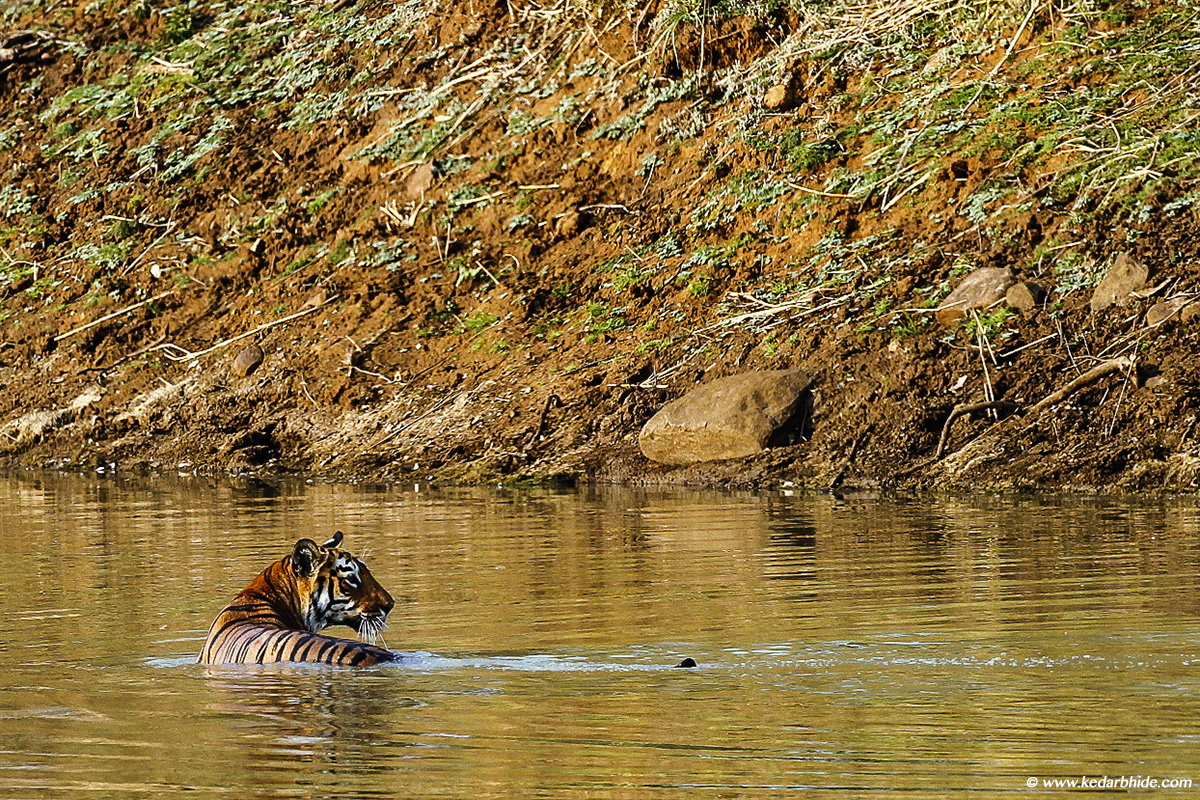 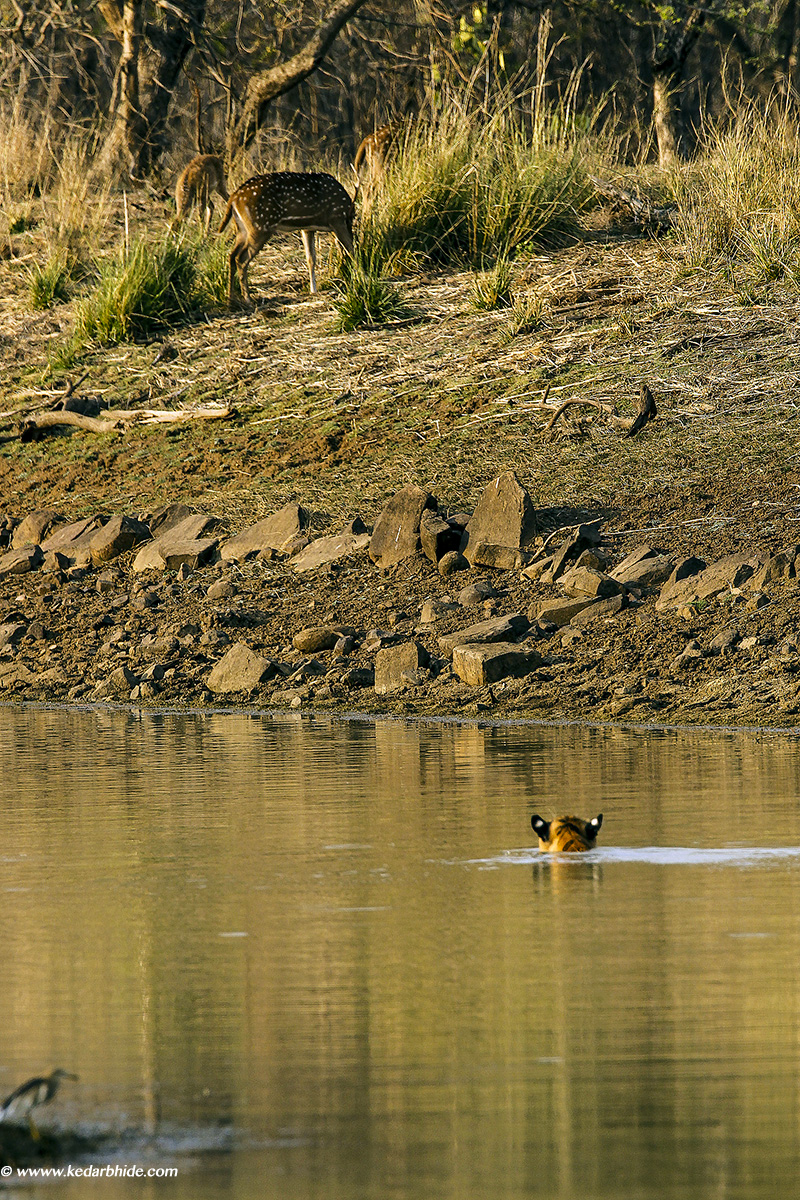 In the end, though, one of the chital saw her and sounded the alarm. That was that. Her effort for more than 2 hours had all been a waste. She would stay hungry. Tigers manage one successful hunt in every 10- 20 attempts.  Being a tiger is a demanding job, and involves a lot of hard work! 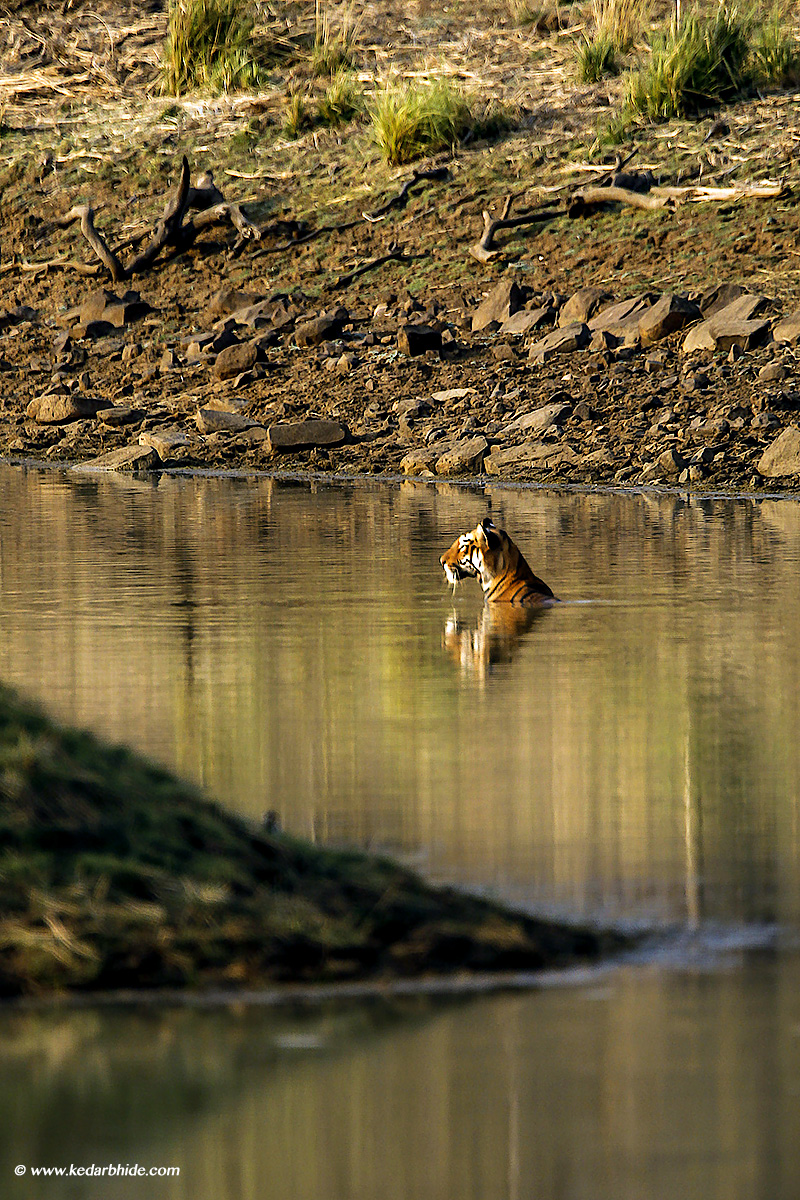 Unlike us, though, for them it is always always about planning and execution,  without worrying about the result. If tiger stops hunting after every failure, it would starve to death.
At the same time, their existence itself is challenged by poaching, loss of habitat and the absence of corridors, apathy of local people and administration. Presently there are are around 9 cubs in Tadoba range , 7 in kolsa range, I wonder, where they will find their territory to establish their life as a large predator!!!!!!