Dholes (Cuon alpinus) – Asiatic wild dogs, once found all over Asia is defending their existence in our Indian Jungles . India is the only remaining stronghold for them with some scatter populations in Nepal, Bhutan, Myanmar, Laos , Vietnam and Thailand. 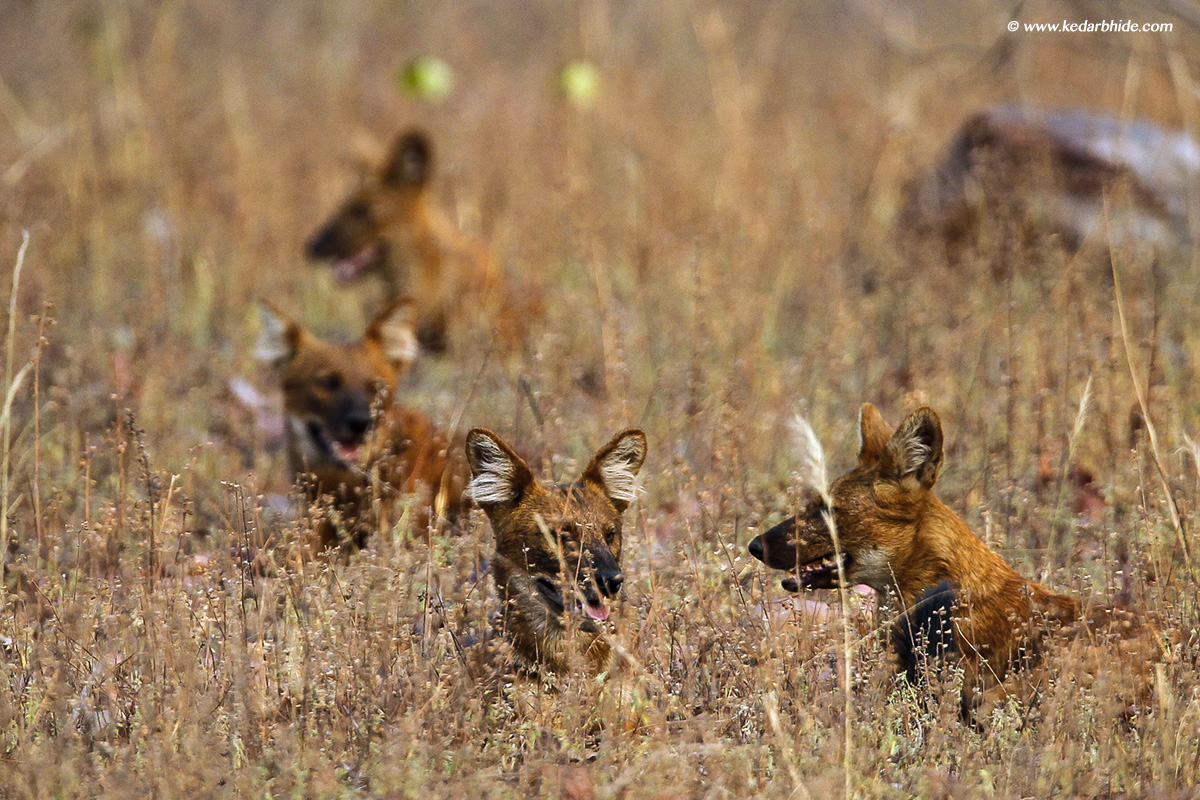 They are extremely vocal animals . Limited research indicates that whistling is form of communication among pack members and used frequently during hunting. As dholes hunting packs are able to work together to consistently bring down prey much larger than an individual dhole could, they must be communicating effectively thanks to these whistles. 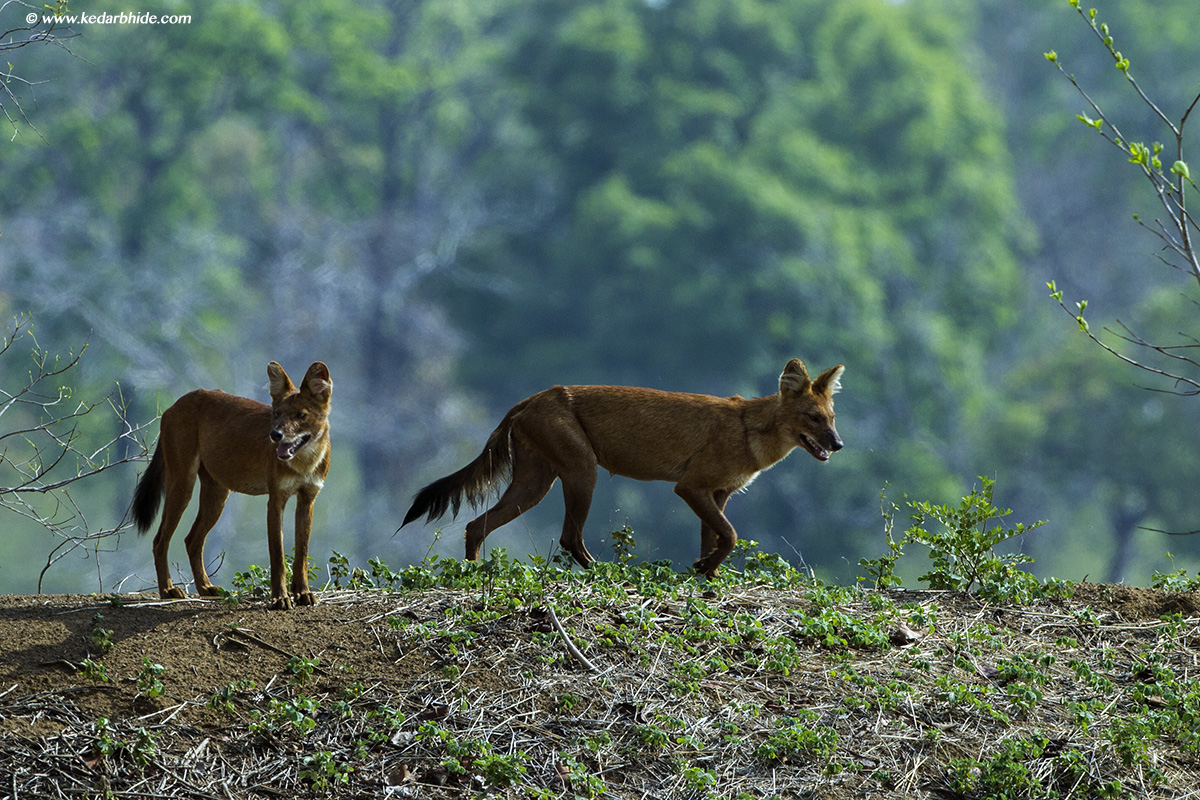 The main prey of a Dhole pack is the chital, which lives in herds . Some forest patches contain many such herds while others contain none. This kind of distribution is called patchy distribution. One dhole pack hunts in a particular patch for few days and when their hunting stops yielding adequate gain, they move to fresh patch and repeat the process. In addition to strategic use of their home ranges, dholes have extremely elaborate method of hunting prey. Pack members co-ordinate while pulling down and killing large prey such as adult sambar or chital. Individuals will grab the ear, tail, leg, neck and other parts of the body eventually weighing down the animal before actually killing it. 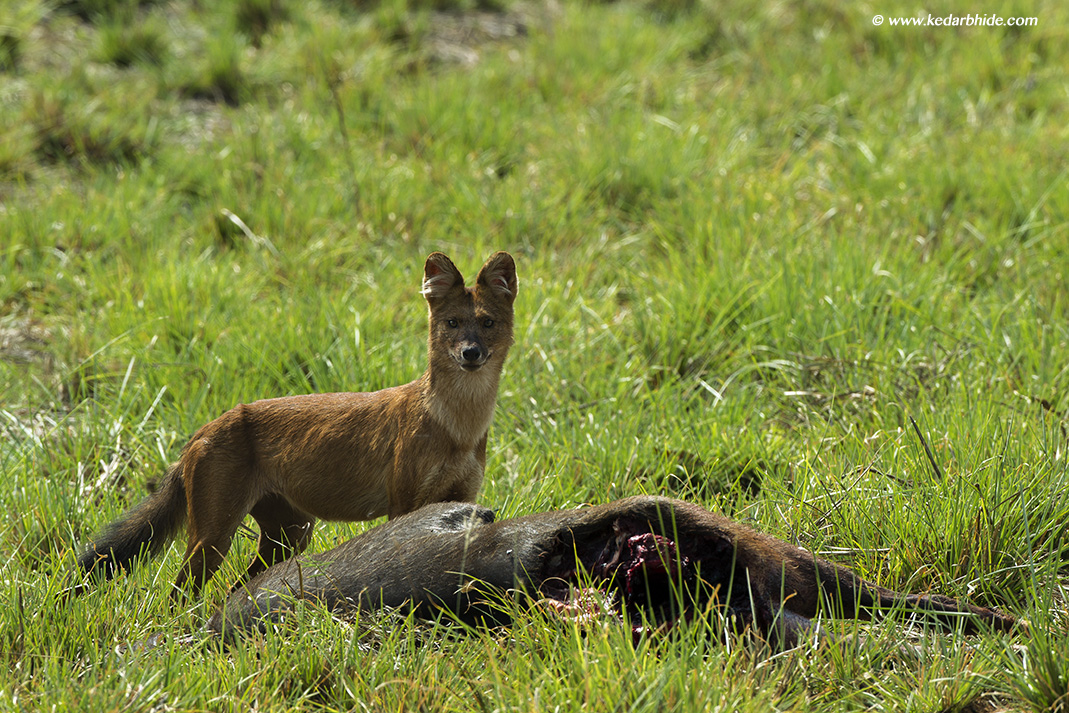 It is disheartening that dholes today face serious threat for their survival. Their hunting strategy requires a particular distribution of prey which in turn requires a unique habitat . One can see that such a delicate system is under pressure due to human population pressure on forest land, cattle grazing and other factors. 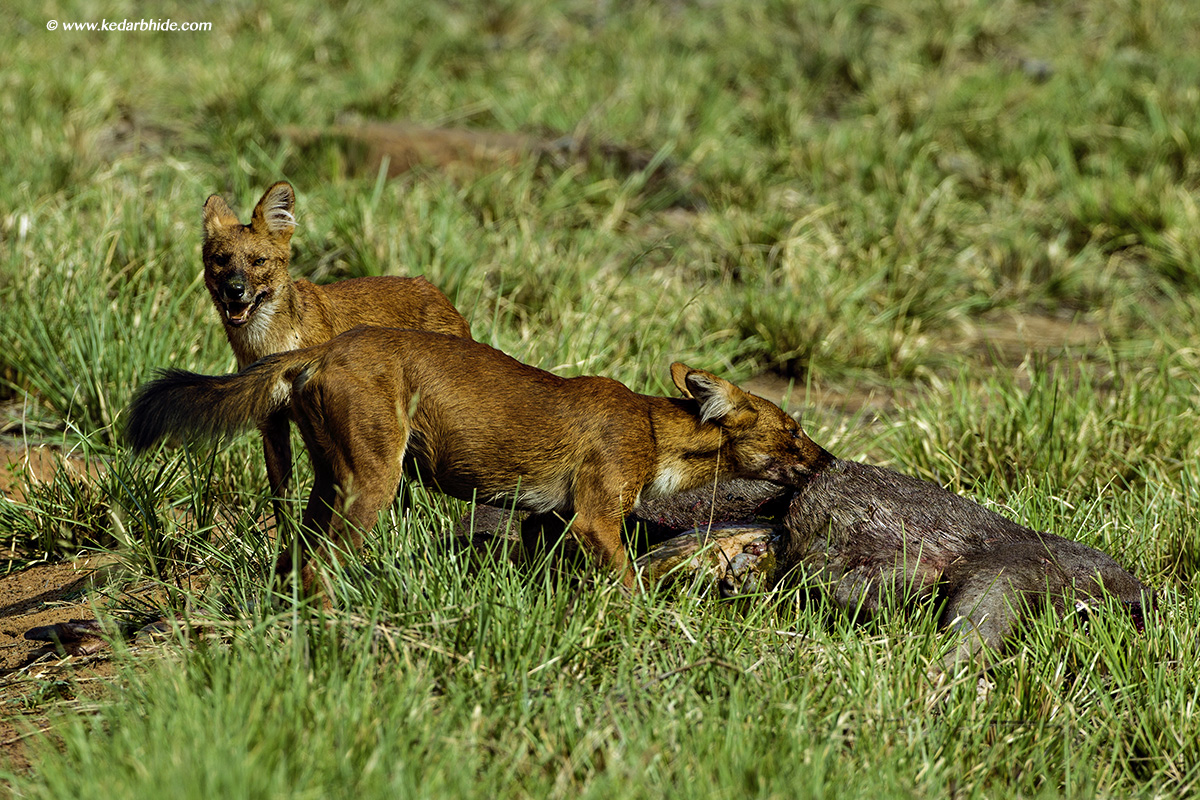